Who is Dj Khaled? DJ Khaled Biography and Wiki

Dj Khaled is originally christened  Khaled Mohamed Khaled is an American hitmaker, radio personality, DJ, record label executive, author, and most probably one of the famous disc jockeys and producers in America and worldwide. Khaled was born on November 26, 1975, in New Orleans, Louisiana, to Palestinian parents who had immigrated to the United States. He has described himself as a devout Muslim.

His parents were musicians and played Arabic music. Khaled started developing an interest in rap and soul music at a young age and his parents supported his interest. He took up work in a local record store which helped to lay foundations for his music career.

Born in New Orleans, Louisiana, to Palestinian parents who had immigrated to the United States. He has described himself as a devout Muslim. He has a brother, Alec Ledd, who is an actor.

Khaled is married to Nicole Tuck. The pair started dating in the early 90s way before he raised to fame. The two have been together for over eleven years. Nicole runs her own business called ABU Apparel. 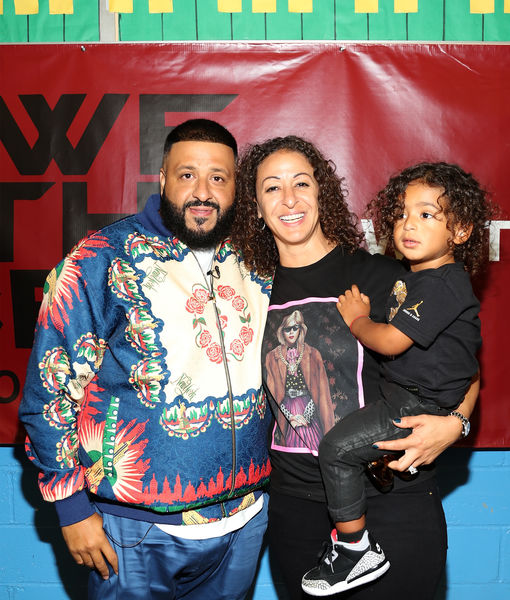 Nicole is an American businesswoman who was born on December 7, 1975, her zodiac sign Sagittarius. It stated that she is an affluent Palestinian-American-African family. She graduated from Marymount Manhattan College in 2003, later finished her post-graduate in Business Administrations from Fordham University, and graduated in 2005.

On October 23, 2016, Nicole gave birth to their first child, a son named Asahd Tuck Khaled, Asahd means “lion” in Arabic. Khaled son Asahd has over 1.8 million followers on Instagram, making him one of the most followed celebrities kid in the world at the moment. Khaled garnered national attention after streaming the birth live on his Snapchat account.

Besides, DJ Khaled 10th album, Grateful, was dedicated to… His lion, son—his greatest treasure, Asahd. Khaled is hoping Asahd will follow his footsteps. “My son’s going to be a young icon,” he says.

Asahd” lion” has a young brother who was born on January 20, 2020, the news of the baby’s arrival came through a series of photos of Khaled posing in the hospital delivery room with Tuck’s doctor, Dr. Jin. Finally, he shared the joyous news with a picture of him and Dr. Jin high-fiving.

The father of two also added “I want to spoil our kids and give them everything,” he says. “There’s no limit to the spoiling that I’m going to do. I’m going to spoil them to the minute they in my hands. I’m going all out.”

Here are some interesting facts you don’t want to miss about Dj Khaled.

In 2020, DJ Khaled’s net worth is estimated to be over $70 million. Indeed, his net worth has increased significantly from his earlier years when his net worth was only $3 million. He is a well-known American/Palestinian record producer, radio personality, DJ, record label executive, and author. Likewise, he is also president of the record label ‘Def Jam South’ and CEO and founder of ‘We the Best Music Group’.

Khaled was cast to provide a voice in the animated film Spies in Disguise, due to release on September 13, 2019. He will also appear in Bad Boys for Life.

In 2016, he wrote a book, The Keys, which includes his opinions on success, recounts life stories, and describes contributions from other musicians. 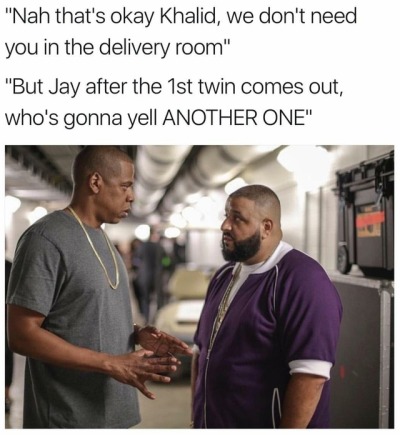 Inspired by his own home and lifestyle, he designed a new luxury furniture line ‘We the Best Home’ and launched it in August 2018.

He previously went by the name Arab Attack but changed it after the 9/11 attacks, as he did not want to appear insensitive. He was a radio host for the Miami-based urban music radio station WEDR “99 Jamz” and the DJ for the hip hop group Terror Squad.

From 2004 to 2006, Khaled assisted in the production of the hip-hop albums Real Talk by Fabolous, True Story by Terror Squad, All or Nothing and Me, Myself, & I by Fat Joe.

Designed by Cesar Molina, the limestone estate is offset and shaded by wooden eaves and soaring palm trees amid viewing terraces, lush landscaping, fountains, and a waterway boat slip.