The Middlesbrough native, Elizabeth Carling is an actress and singer. She is popularly known for her role as Dr. Selena Donovan in Casualty and as Phoebe Sparrow Goodnight Sweetheart. Moreso, she portrayed Laura Marsh from 1989-91 in Boon TV show

Carling was born on 20th October 1967 in Middlesbrough, North Riding of Yorkshire, England (52 years old as of 2019. She normally celebrates her birthday on the 20th of October every year with her friends and family

Her father, Freddie  Carling, is a retired process operator for ICI, while her mother, Norma Carling, used to work as a receptionist at a pathology laboratory at Middlesbrough General Hospital

Elizabeth Carling has a twin sister Laura Ashurst who was diagnosed with cancer in August 2001 after she found a lump in her right breast. She was treated with a lumpectomy, radiotherapy and a five-year course of Tamoxifen, a hormone therapy drug.

Three years later cancer returned and she underwent a mastectomy and reconstructive surgery. She continued to be well for the next three years but during an appointment with a spinal surgeon, who was seeing her about lower back pain, the MRI showed that cancer had spread to other parts in her body and now she had secondary cancer which was incurable. She was given a prognosis of 2 years and she immediately began chemotherapy treatment immediately followed by the drug letrozole. Laura, however, surpassed her prognosis and as of October 2017, she celebrated her 50th birthday with her twin sister Elizabeth.

Elizabeth was engaged to Neil Morrissey and they lived together for seven years until they separated when she realized that he was having an affair with Holywood actress Racheal Weisz.

Carling played Dr. Selena Donovan on the TV series Casualty from 2003 to 2007. She quit the series in 2007 to focus on her self after the death of a close friend that made her re-assess her life and realize she did not want to devote it to work. 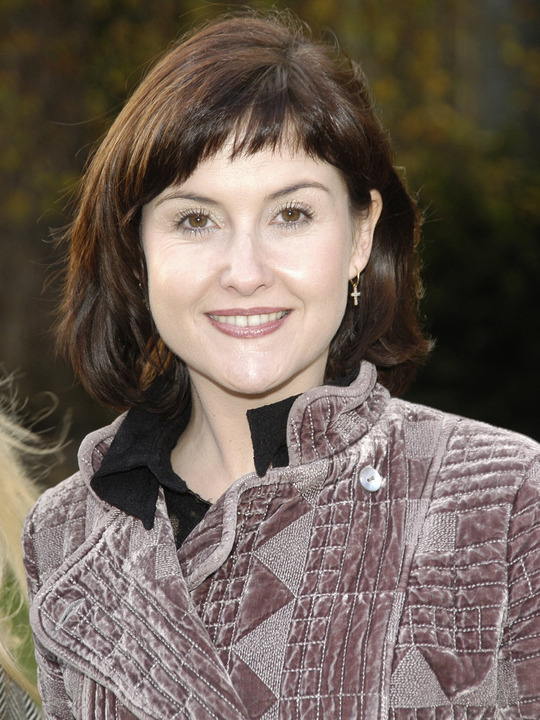 “I decided last autumn that I didn’t want to do another year. A very dear friend of mine died suddenly. He was only 40. I am 40 this year. I thought: ‘Do you know what? Life is just passing me by’. I’m becoming a workhorse and it’s difficult to sustain relationships and to see a lot of family and friends when you’re working on a show that goes out 48 weeks of the year. It was a big decision, but I just woke up one morning and thought, ‘This isn’t right for me anymore’.”

Elizabeth Carling played the role of Phoebe Bamford from season 4 to 6 for 32 episodes in the British sitcom Goodnight Sweetheart which is a time-traveling comedy. The show follows Gary Sparrow who lives in London with his wife during the 1990s, but after discovering a time portal he finds he can go back to the 1940s, to the same area, at the time of the Second World War. As he travels back and forth between the two periods, he meets another woman in the 1940s era and begins to lead a double life. Only his best friend Ron knows about Gary’s dual existence, and he tries to help him along the way whenever the time traveler struggles between his two worlds.

Who is Elizabeth Carling?

Carling is one of England’s best-known actresses and singers. She is, therefore, known for her role in TV shows such as Goodnight Sweetheart, Casualty, and most common Boon

How old is actress Carling?

How tall is actress Carling?

At the moment, she is probably single, but  she was previously in a relationship with an American actor Neil Morrissey but divorce after years in marriage

How much is actress Carling worth?

Working as an actress and singer, there is no doubt Carling earns good money and has been able to accumulate good net worth. However, her exact net worth has not yet been revealed but the information will be updated as soon as it is available

Where does actress Carling live?

She lives in a luxurious two-bedroom flat in north London. Her house has a secret stairway to the garden

Is actress Carling dead or alive?

Where is Elizabeth Carling now?

She is currently working at Darlington theatre, closer her parents home

Elizabeth Carling Interview About Her Role on Goodnight Sweetheart