Jaclyn Hill born Jaclyn Roxanne Eilers is an American YouTube personality best known for her makeup tutorial videos and for her collaborations with beauty brands Morphe Cosmetics and BECCA cosmetics.

She is the daughter of Robin Eilers and James Eilers.

She is also a sister to Nicholas Eilers and Rachel Eilers.

She was married to Jon Hill. The couple tied their knot in 2009 until their divorce in 2018, after almost 9 years of marriage, the couple announced their divorce on May 16, 2018.  According to our reliable sources, She is currently in a new relationship with a mysterious man who she only shares his picture online. Relevant details will be added soon concerning more of the mysterious man.

In 2011, she started her YouTube channel, which became known for its celebrity makeup tutorials. In July 2017, Hill filmed a video with reality mogul Kim Kardashian West, entitled “Get Ready with Me & Kim Kardashian,” which has become one of Hill’s most viewed videos. As of April 2018, Hill’s YouTube channel had more than 5 million subscribers.

In 2015, Jaclyn collaborated with Australian cosmetics brand Becca to release a highlighter called “Champagne Pop.” Beauty retailer Sephora sold more than 25,000 units of “Champagne Pop” within 20 minutes of its release, breaking sales records. In 2017, Becca was bought by Estée Lauder for $200 million.

In 2015, she also collaborated with Morphe Cosmetics, creating a palette containing her favorite Morphe eye shadows. In 2016, she released a limited-edition, gem-encrusted makeup brush set with Morphe, as well as a second eye shadow palette, under the marketing name “Jaclyn Hill x Morphe”, in 2017. All three products sold out quickly after their release dates.

Her collaborations with Becca and Morphe were reported to have sold $10.7 million and $12.2 million in EMVs, respectively.

Last year May 23, she published a YouTube video announcing the launch of her namesake brand, Jaclyn Cosmetics, which included descriptions and swatches of the 20 nude “So Rich Lipstick” shades to be released within the week. This announcement was initially met with mostly positive reactions from long-time fans but yielded some criticism for her definition of a perfect nude shade, photos that showed some inconsistencies with pigment, and a lack of reviews from others in the beauty community.

On May 30, 2019, 20 nude lipsticks were released through her website and, despite the mild controversy, the product sold out within the first day and seemingly proved to be successful. Upon the receipt of their orders, customers quickly noticed issues in quality and stated that their lipstick either arrived melted or that it broke after a single-use.

While some defended the brand by saying hot temperatures and shipping conditions were to blame, many continued to voice more pressing concerns on social media. Photos were shared that depicted various flaws in the product, such as air bubbles, gritty texture, hair, and mold.

She was quick to refute the claims by stating that she had not seen anyone complain, and suggested that the use of the lipstick in conjunction with other lip products was the cause of compromised quality. However, she encouraged customers to reach out to her and her team if they were dissatisfied in any way and promised to either compensate the customer or replace the product.

In more severe cases of dissatisfaction, reports began surfacing of allergic reactions to the product. Various symptoms that were reported included but were not limited to itching, swelling, redness, and cold sores.

Back in 2017, she launched her first-ever Jaclyn Hill eyeshadow palette with Morphe and it went down a treat she sold over one million in a matter of months.

Now, Jaclyn has only gone and dropped volume II of her eyeshadow palette with Morphe and huns, we want it now. Morphe has promised that their latest release will “have you living your best life” because it’s “extra to the extreme”.

The palette has 35 different shades filled with a warm matte, satin and shimmer colors that suit all different skin tones. Speaking about her launch, the Youtuber explained, “The past few years have been absolutely insane… so many highs, so many lows, amazing memories, and tonnes of drama.

“Through all of it, my subscribers always had my back. Thank you for loving and supporting me no matter what. This palette is to embracing the past, owning the present, and dominating the future. “Together! I hope these shades make you feel strong, powerful and loved — the way you make me feel every day.”

Jaclyn has also joined forces with the brand and dropped 15 brand-new eye and face brushes; from a powder brush, an eyeliner brush to a precise brush – they’ve got you covered.

Jaclyn’s latest eyeshadow launch is EVERYTHING. The palette has 35 shades, it’s inclusive to all skin tones and there’s a selection of three different finishes; matte, satin and shimmer.

Days after she launches the new Lipstick, reports of hair, fungus, and plastics embedded within the lipsticks seem to come in through in droves. Not to mention the lumpy textures, melting, and allergic reactions consumers were reporting. Since then, many fans are extremely pissed at Hill despite her issuing an apology. Let’s take a look at the real reasons Hill’s fans are reluctant to forgive her for all the drama.

One complaint quickly became hundreds, but Hill remained very selective about what issues she chose to address. One of the ones she did choose to address was from those fans that found hair within their products. Hill chalked it up to shedding from white gloves that workers at her factory used to conduct quality checks. But, considering that many of the hairs weren’t white and other materials were found embedded in the lipsticks, fans were not appeased or reassured by this statement.

Unfortunately, once Hill did “break her silence”, most fans were left angrier and more confused than ever before. Many felt that the 28-year-old’s video apology was extraordinarily defensive and didn’t properly address all of their concerns. Hill and her cosmetics team maintain that all of the lipsticks were safe to use. “My lipsticks are not moldy. They are not hazardous, they are not contaminated, they are not unsafe in any way, shape, or form” Hill declared.

Of course, this in direct contrast to all the items that have been found embedded in the product. Hill also failed to address the many people had to take antibiotics for allergic reactions to the products.

Additionally, the FDA paperwork that Hill showed as proof that her products were safe and in compliance dated all the way back to 2017. This only incited previous conspiracy theories that Hill and her team manufactured the products years ago and let them sit around in her factory for years before releasing them. 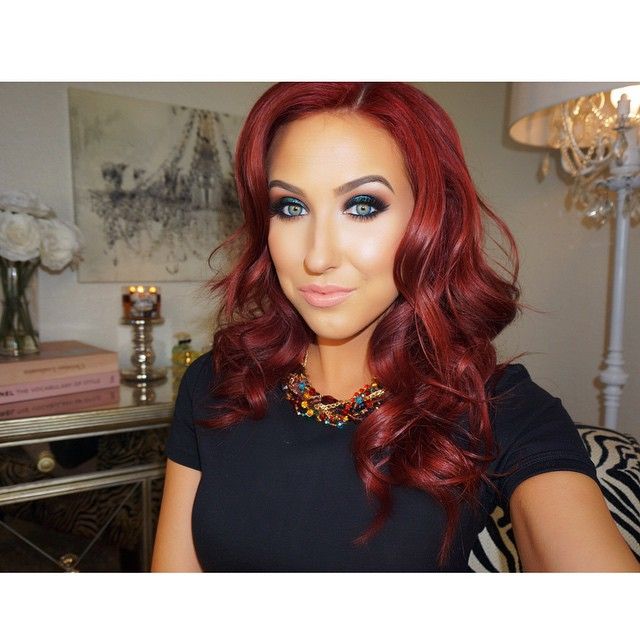 She is said to have a net worth of $1.5 million but no authentic sources have been cited to validate this figure.

Who is Jaclyn Hill?

She is an American Social Media Guru who gained popularity from her YouTube Channel.

How old is Jaclyn?

How tall is Jaclyn?

Yes, she was married to Jon Hill. They got married in 2009 until the divorce in 2018. She is now in a stunning relationship with a mysterious man.

How much is Jaclyn worth?

She has an approximate net worth of $ 1.5 million dollars. This amount has been accrued from her leading roles in the Internet industry.

How much does Jaclyn make?

There are no actual values estimating how much she earns.

Where does Jaclyn live?

Is Jaclyn dead or alive?