Jordan Beau is an American, who has established himself as a renowned Youtuber. He uploads videos mostly related to challenges, pranks, and reaction to other people’s footage and so on.

Aside from being a Youtube personality, he is also well-known as a professional scooter rider with the team Fuzion. Furthermore, Jordan is also associated with Beau Bros, a channel created by him and his brother Jeremy Beau.

The YouTuber was born on November 24, 1998, in Encinitas, California, the United States of America. Therefore, Jordan Beau’s age is 21 years old.

Jordan was born in the city of Encinitas, California State. He currently lives in Temecula, California. He has not revealed information about his parents. Jordan has a younger brother named Jeremy Beau with whom he has uploaded several videos. As a child, he was adventurous. As of now, he has his own YouTube channel whose video has been viewed more than 60 million times. According to the SocialBlade, Jordan is believed to earn $13.3K – $213.3K annually, but the official statement is yet to come. As of 2018, Jordan’s net worth is estimated at $500 thousand.

As of now, Jordan is dating Jordyn Jones which was confirmed by him in a very twisted post. On 22nd August 2018, he posted pictures of them on the river bank with the caption the rumors are true but ended it with his quarter-million subscribers on his channel. 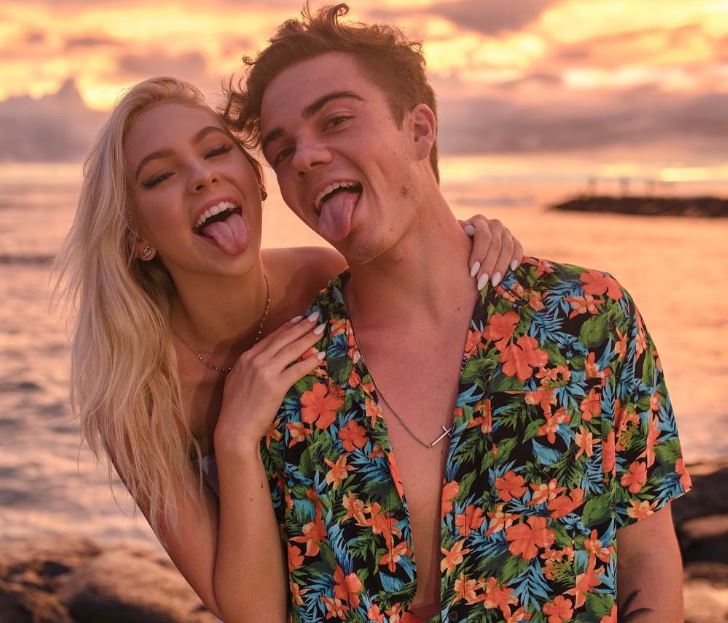 However, his girlfriend, Jordyn, posted pictures of them kissing on the 2nd of September 2018 which confirms the news of dating.

Jordan stands tall with a height of 5 feet and 8 inches and weighs about 72 kilos. He has a great physique and the stunning looks to charm his fans.

The Internet is a place, where one can thrive as an entrepreneur if the idea is put forth innovatively and creatively. Jordan also seized the opportunity. He portrayed himself through the means of internet. The YouTuber first started his channel on February 23, 2016.

He uploaded his first video on BEAU BROS| Channel Announcement + Riding on March 4, 2016. After that, he started to upload several videos. Among many of his videos, his famous videos are “Asking SuperCar Owner What They Do For Living” which has a fantastic view of over 5.5 million.

As of 2018, he has 487k followers, grabbing the attention of users day by day. Jordan uploads four to five videos per week.

finally got to watch my girl perform live 🥰 she’s a superstar. and she ain’t stopping anytime soon so be ready for bigger and better things coming. love you babe. always proud of you