Lil Baby is an American rapper from Atlanta who is best known for his song Freestyle, Yes Indeed and Drip Too Hard. His songs have picked numbers 6 and 4 respectively on the Billboard Hot 100 chart. He was born and raised in Atlanta Georgia where his father died when he was just 2 years old. He has been brought up by a single mother together with his two siblings.

Lil baby was born as Dominique Armani Jones in Atlanta, Georgia. His father left them when he was just two years old, leaving his single mother to raise him and his two siblings. While he was not struggling academically, Jones would repeatedly get in trouble, resulting in him dropping out of high school in the tenth grade.

He was always looking up to the older guys in his neighborhood. His mother and siblings have talked about how he was very busy and that he was always hustling and getting money.

Baby started his music career in 2017. He grew up listening to artists like Jeezy, T.I. and Yo Gotti. His debut mixtape, Perfect Timing, was released in April 2017 by Caroline Records. The tape produced songs like “Days Off”, “100 Round” and “Rider”. It featured guest appearances from Young Thug, Lil Yachty, Young Scooter and Gunna. The production was handled by 808 Mafia, Brickz and a few others.

Baby’s second mixtape, Harder Than Hard, arrived in July 2017. It was led by the hit single “My Dawg”, produced by Quay Global. The official video has been viewed more than 17 million times on YouTube. Other singles from the tape include “Narcs”, “My Drip”, “Minute” and “Stendo” featuring 4PF DT. He collaborated with Young Thug on “Pink Slip”, produced by Bricks Da Mane.

In October 2017, Lil Baby dropped the collaborative mixtape, 2 The Hard Way, alongside Marlo. It included songs like “Big Tymers” and “Whatchu Gon Do” featuring PnB Rock. His other projects include Counted Up in the Dark (2017) and Too Hard (2017). The latter featured Ryan Adams on the tracks “Stick On Me” and “Eat Or Starve”.

He’s also worked with artists like Moneybagg Yo, 21 Savage, Quavo and Gucci Mane. Lil Baby’s debut studio album, Harder Than Ever, was released in May 2018 by 4PF, Wolfpack, Quality Control, Motown, and Capitol Records.

It was supported by the singles “Southside” and “Yes Indeed.” The album peaked at #3 on the Billboard 200 chart. It featured a number of guest artists including Drake, Lil Uzi Vert and Offset.

In October 2018, Lil Baby and Gunna dropped their ‘Drip Harder’ tape, peaking at #4 on the Billboard 200. Led by songs “Drip Too Hard” and “Close Friends”, the tape boasted production from Tay Keith, Wheezy and Turbo among others.

Baby’s follow up project, Street Gossip, premiered in November 2018. It debuted at #2 on the Billboard 200 and sold north of 80,000 copies within the first 3 months. Street Gossip featured guest appearances from Meek Mill, 2 Chainz, and a few others.

Outside of music, Lil Baby is slated to make his acting debut in the film How High 2 (2019). The stoner film was directed by Bruce Leddy and stars Lil Yachty and DC Young Fly. Comedian Mike Epps will reprise his role as “Baby Powder.” The cast also includes DeRay Davis, Alyssa Goss, and Mary Lynn Rajskub. How High 2 was shot in Atlanta, Georgia. It is scheduled for April 20, 2019, premiere on MTV. 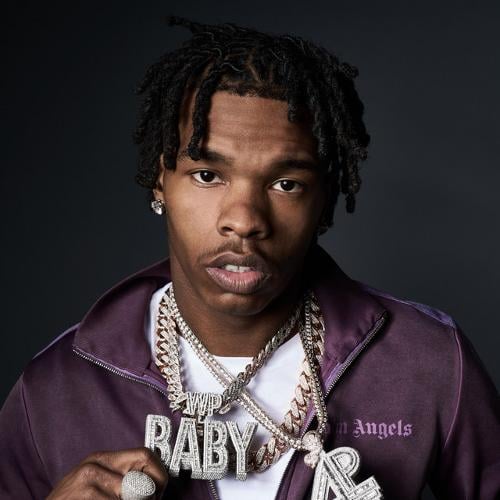 It is rumored that Lil Baby has a son in which he keeps on posting on his Instagram page photos. His son’s name is Jason. There is no information about the mother of his alleged son since he likes to put the information about his family private. His girlfriend is Amour Jayda Ann.

Baby has an estimated net worth of 4 million dollars as of 2019. He has accumulated this amount from his leading roles in the entertainment industry.

Lil Baby has been recognized for his fabulous raps and albums which have hit the world of rappers by storm.  In this article, you will find the best hits that have made him shine brighter and brighter to the fan’s hip hop across the US and its surroundings. Despite of his shortcomings he has proven that he is really the king of rap after Lil Wayne.

Lil Baby released his collaboration album, Drip Harder, with fellow artists and close friends in the rap game, Gunna on October 5, 2018. This mixtape was very well received and also featured high-profile features such as Drake on “Never Recover” and Nav on “Off White Vlone”.

The mixtape had several hits and bumped Lil Baby’s popularity up. The song “Drip Too Hard” featuring Gunna was certified RIAA Platinum. and MC Platinum The mixtape was released under the labels Quality Control, YSL Records and Motown/Capitol.

Lil Baby and Gunna’s collaborative album Drip Harder was finally released on Friday. The 13-track record features Drake, Nav, Lil Durk, and Young Thug. Lil Baby released a studio album earlier this year in May titled Harder Than Ever, while Gunna released a mixtape in February titled Drip Season 3. The two Atlanta-based rappers came together for their newest project and released “Drip Too Hard” as the first track from the joint album.

At an early age, he didn’t struggle with academic issues but he repeatedly got himself in various kinds of misconduct which in the end made him drop out of high school in tenth grade. He was charged in 2012 for having been in possession with intent to sell among other charges pressed against him. He changed his lawyer just because he suggested to Lil Baby that he should take a 2-year plea deal.

However, the new lawyer placed him in a special program that gave him a one year sentence. He then got into trouble with a white prisoner over a racial comment. Due to this misdeed, his original sentence of 2 years was restored. Later on, in 2013 he had been charged for being in possession of marijuana less than an Ounce. He was then charged again in 2014 for being in possession of the same drug with the intent to sell. This made him become incarcerated for 2 years straight.

Who is Lil Baby?

Lil Baby is an American rapper from Atlanta who is best known for his song Freestyle, Yes Indeed and Drip Too Hard. His songs have picked numbers 6 and 4 respectively on the Billboard Hot 100 chart. He was born and raised in Atlanta Georgia where his father died when he was just 2 years old. He has been brought up by a single mother together with his two siblings.

How old is Lil Baby?

How tall is Lil Baby?

It is rumored that Lil Baby has a son in which he keeps on posting on his Instagram page photos. His son’s name is Jason. There is no information about the mother of his alleged son since he likes to put the information about his family private. His girlfriend is Amour Jayda Ann.

How much is Lil Baby worth?

He has an approximate net worth of $4 million. This amount has been accrued from his leading roles in the entertainment industry.

Where does Lil Baby live?

Because of security reasons, Jones has not shared his precise location of residence. We will immediately update this information if we get the location and images of his house.

Is Lil Baby dead or alive?

Where is Lil Baby now?

He is already a successful rapper in the USA.