Who is Maci Bookout? Biography and Wiki

Maci Bookout (born Maci DeShane Bookout) is an acclaimed reality TV personality, public speaker, and author who was born and raised in Chattanooga, TN. She is well-known for being cast in the reality TV shows including ’16 and Pregnant’, ‘Teen Mom OG’ and ‘Naked and Afraid’.

She first got public attention after being cast in the reality television series ”16 and Pregnant” in 2009, which documented the pregnancies and first months of motherhood for numerous young women. In the same year, she earned a chance to be among the cast in the second part of the series ”Teen Mom”.

Bookout appeared in four consecutive seasons until its conclusion in 2012. Maci alongside the likes of Farrah Abraham, Catelynn Baltierra, Amber Portwood, approached MTV for season five of the show, given the name ”Teen Mom OG” that premiered in March 2015. Furthermore, she has also appeared in one of Discovery Channel’s reality series ” Naked and Afraid” tried to survive 14 days naked in the wilderness but quite on the second day.

Aside from being a reality personality, Maci is likewise an accomplished author. She is the author of the book Bulletproof which was released in September 2016 and it’s second part ”Wasn’t Born Bulletproof: Lessons I’ve Learned (So You Don’t Have To) released in June 2017. Furthermore, Bookout and her husband  Taylor run their own clothing brand, TTM – Things That Matter.

Maci Bookout McKinney was born on August 10, 1991, in Chattanooga, Tennessee, in the United States of America. She celebrates her birthday on August 10th every year. Bookout will be 29 old on Aug 10th, 2020. Her introduction to the world sign is Leo.

Bookout is a woman of average stature. She also appears to be quite tall in stature in her photos. She stands at a height of 5 feet 3 inches (1.60 m). She also weighs 114 lbs (52 Kgs). To add up to the looks, she has blonde hair that matches her blue eyes.

MTV star was an outstanding student in high school, a star athlete, and the favorite amongst her classmates. Bookout graduated from Ooltewah High School in 2009. Later, she joined Chattanooga State Community College and graduated with an Associate of Arts degree in Spring 2015.

Bookout was born and raised in Chattanooga, Tennessee, to Gene  and his wife Sharon Bookout. Maci was raised alongside her elder brother named Matt Bookout.

Bookout became pregnant with her first child with then-boyfriend Ryan Edwards during the junior year that prevented her from college classes.  She gave birth on October 27, 2008, to their son named Bentley Cadence Edwards. The following year, she got engaged however, it didn’t work out well, they broke up in 2010. Consequently, she has endured problems with her ex, Ryan Edwards since the birth of their son Bentley.

As a result, Maci’s husband Taylor filed an order of protection from Edward in March 2018. It’s believed that Edwards left voicemail messages threatening to take their son and making threats towards Bookout and McKinney. The order of protection was, however, dropped, instead, the joint restraining order was put in place in May 2018.

Following the break up with Ryan Edwards, Bookout started dating her longtime boyfriend Kyle King. The two briefly lived together but broke up, after Maci finding out Kyle cheating on her. Bookout and King never had a baby together during their brief relationship.

In 2012, Chattanooga native began dating a motocross racer from Texas Taylor McKinney. Three years later, Bookout became pregnant with Taylor’s baby, and on May 29, 2015, she gave birth to their beautiful girl named Jayde Carter McKinney. On January 19, 2016, in Venice Beach, California McKinney went down his knees and proposed to his future wife Bookout.

This event happened when Maci was still filming an episode of Teen Mom OG. Likewise, briefly, before the couple announced they were expecting their second child together. Bookout welcomed their second child, a son Maverick Reed McKinney on May 31, 2016. On that same year, on October 8, The pair tied their knot in Greenville, Florida.

There have been rumors the Bookout was pregnant with her fourth child. This happened when she posted an Instagram picture with her spouse that made some of her fans think she is trying to hide the baby bump. Nonetheless, A unbelievable article from Champion Daily stated that Maci’s pregnancy News Confirmed. On the other hand, Bookout hasn’t replied to the rumors directly, though it’s doubtful she’s expecting her fourth child. An anonymous source, however, told Champion Daily that Maci was not expecting a fourth child, debunking the same rumor they “confirmed.”

Bookout is a well-known reality personality, author, and public speaker who has an estimated net worth of $2 million. Her wealth comes from numerous sources, like from shows she has appeared, books, and her personal endeavors.

Bookout and her husband Taylor McKinney have been able to gather enough money to purchase a beautiful home in Ooltewah, TN. As they see the potential addition of a fourth child to their family, the couple has purchased a big $625,000 on a 4-bedroom, 3.5-bathroom home located at the base of White Oak Mountain.

The house has stunning woodwork, rustic features, plenty of windows, and unique wall coverings. Moreover, the bedrooms are all done to the nines, one with a tray ceiling and another with an elaborate circular checker design and crown moldings. 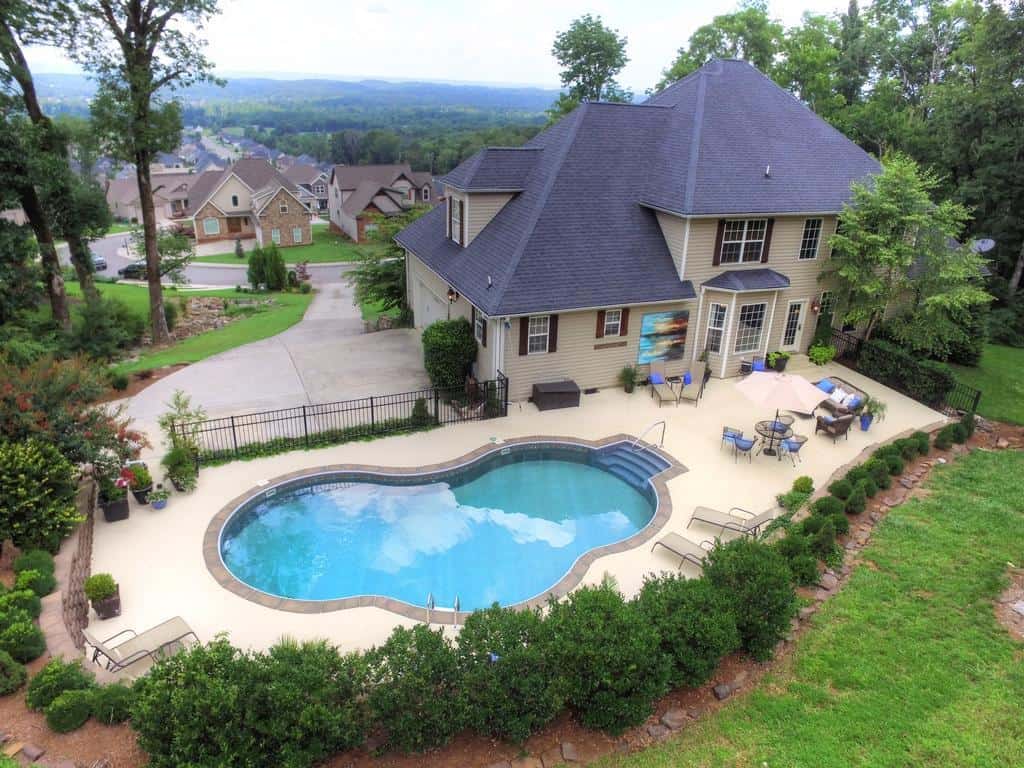 Here are some interesting facts and body measurements you should know about Maci Bookout.

Who is Maci Bookout?

Bookout is an accomplished reality TV personality likewise acclaimed author and public speaker who received public attention after being cast in the reality TV show 16th and Pregnant in 2009.

How old is Maci Bookout?

How tall is Maci Bookout?

Yes, she is married to Taylor McKinney. They got married on October 8, 2016, and together they have three children. The couple resides in Ooltewah, TN, together with their children.

How much is Maci Bookout worth?

Bookout has an approximate net worth of $2 million. Her wealth comes from numerous sources, like from shows she has appeared, books, and her personal endeavors.

Where does Maci Bookout live?

She is a resident of Ooltewah, TN, USA, where she purchase a house with her husband Taylor McKinney worth $625,000 on a 4-bedroom, 3.5-bathroom home located at the base of White Oak Mountain. 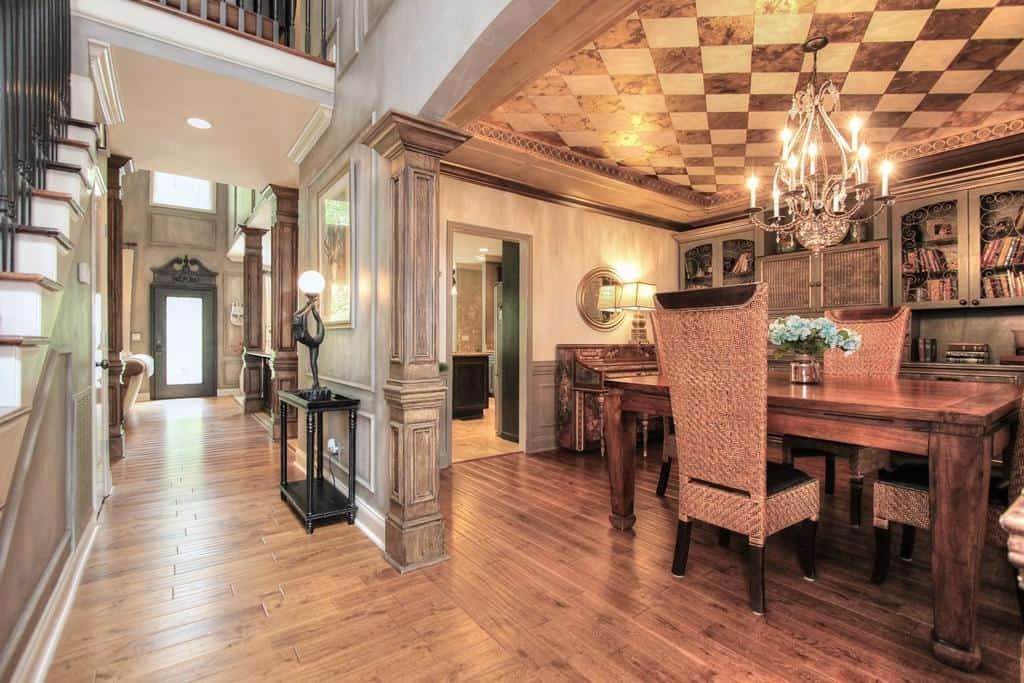 Is Maci Bookout dead or alive?

Bookout is alive and in good health. There have been no reports of her being sick or having any health-related issues.