A smartphone (or smart phone) is a mobile phone with more advanced computing capability and connectivity than basic feature phones.Smartphones typically include the features of a phone with those of another popular consumer device, such as a personal digital assistant, a media player, a digital camera, and/or a GPS navigation unit. Later smartphones include all of those plus the features of a touchscreen computer, including web browsing, Wi-Fi, 3rd-party apps, motion sensor and mobile payment.

In Kenya there are a number of smartphone  bands already in the market.Samsung being the most popular brand followed by Techno.Other brands include Huawei, Wiko phones,Forme, LG, Nokia, Alcatel,Sony, HTC, Blackberry,Apple,Bird etc.

Smartphones in Kenya are sold at a cheaper price depending on the make of the phone. From as low as Ksh. 6,000 you can own a smartphone. Demand for this phones is increasing day by day and there is a ready market of the rising population growth in Kenya.

It’s that time of the year when we get to look back and review the performance of the tech world in Kenya. Starting today we will be focusing on the top performers in the fields of smartphones, tech events, start-ups, social media buzz, and the year’s winners and losers. To start us off we are into the top ten smartphones that captured the imagination of Kenyans. The ranking is based on the search terms that were directed to our website, chats with different experts and information from different Phone shops in town (Nairobi).

Samsung came up with Samsung Galaxy S4 and HTC introduced the HTC One. Globally, these two phones were the most talked about in 2013. But LG , not wanting to be left behind, decided to also come up with its own hot cake in the name of  LG G2.  A massive smartphone packed with a lot of features “that a single person cannot handle”, according to TechRadar. At a price point of Kshs 60,000, LG G2 was preferred for its large screen and classic look although it is all plastic. The unique aspect of this huge phone is that it removed the front and side buttons and took them to the back to eliminate accidental drops typical of huge phones. It is not unfair to say that LG, normally launch great phones but lag behind when comes to marketing. G2 is a great phone and  truly deserves to be in our top ten list but it is only here because others were nowhere to be seen.

Huawei and Tecno have been known for releasing smartphones with top features at amazing price points. But the discussion about the quality is a story for another day. For anyone interested in having a smartphone without having the bragging rights of owning a top brand, then these two companies offer exactly what one would be looking for. This year Huawei released some of these phones including the Huawei Ascend P6 that they had dubbed as the thinnest smartphone in the world. But what captured the attention of most Kenyans was Huawei Ascend W1, the first Windows Phone 8 from Huawei. Microsoft did a lot in the course of the year to boost the uptake of Huawei Ascend W1, tied together with their For Afrika Campaign. For a price as low as Kshs 16,000, there are a good number of Kenyans who liked the Windows 8 Phone. 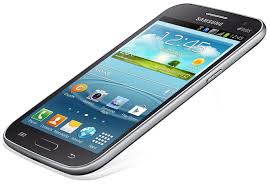 It’s good that we have a Nokia in the top ten list. Actually three. Read on to find out the other two. The hot device from Nokia in 2013 takes position 7 in our top ten. Although the device was introduced at a sky rocking price point of Kshs 80,000, the device has captured the imagination of many thanks to its massive PureView 41 mega pixels camera. The camera also boasts of other magical camera tricks like the Darshing Dark capabilities that can turn images to ghosts. We agree, the camera on Lumia 1020 makes this phone be quite an amazing handset.

Some websites like CNET rank this phone as the hot cake of 2013, well, in US it is. The only thing that is unique on iPhone 5s is the fingerprint scanner. Ok, it also has the A7 which is a 64 bit processor that has made competitors like Samsung feel jealous, even though they are the manufacturer of the chipset. Popularity of the phone in Kenya ranks it at position 6. Like any other phone from Apple, iPhone 5s is basically out of reach for many Kenyans, as it requires one to cough up to Kshs 95,000. This is one of those phones that make a phone priced at Kshs 60,000 look cheap. One thing we agree to is the cool look of the iPhone and amazing finish.

Nokia Lumia 620 is not as cool as the Lumia 1020. You may think of Lumia 620 as the cheap version of Nokia Lumia 920 which was the hot device from Nokia in late 2012. The Lumia 920 was meant to compete with the likes of Samsung Galaxy S3 and iPhone 5 but it never managed to come close. But in Kenya the Lumia 620 received a lot of attention with people considering it as an affordable handset that offers real experience of a smart world. According to review at CNET, “Lumia 620 smartphone successfully delivers a complete Windows Phone 8 experience for a low price, but…compromises in battery, sound, and design.” The launch price in Kenya was Kshs 23,000.

This is the other phone that Kenyans felt was priced way too high at Kshs 80,000. The phablet has however undergone price reduction in a number of shops and can be bought for as less as Kshs 70,000 just two months after launch. The Samsung Galaxy Note 3 follows in the foot steps of the previous note devices but a major difference is the accompanying Samsung Galaxy Gear, a watch that lets you interact with the phablet easily and conveniently. For instance you will not want to constantly remove your Galaxy Note from the pocket or wallet just to check on time or see who’s calling; or even read a quick text message. Although the Samsung Galaxy Note 3 is the same physical size as the Galaxy Note 2, the slight change in design makes it look a little bit smaller and easy to handle. Galaxy Note 3, even though more expensive, seem to have outperformed the other Samsung Galaxy Note devices.

In 2011 Samsung Galaxy S2 became the king of smartphones globally. In 2012 Samsung Galaxy S3 took the crown away from iPhone 4s and managing to stay on top of iPhone 5. But for some reason Samsung Galaxy S4 did not manage to enjoy the top spot of the best phone in 2013; thanks to HTC One that enjoyed position one before iPhone 5s was introduced. Despite this fact, Samsung still sold more S4 devices than the other top ranked phones by far. Back in Kenya, Kenyans thought that Samsung Galaxy S4 is better than HTC One (that does not appear in our list) and iPhone 5s. The S2 was a good device hardware wise, the S3 introduced the smart functionalities (smart stay, smart call, smart alert etc) and the S4 took the smart functionalities a step further and introduced smart scroll among other interesting features. The phone has been selling at an affordable rate of Kshs 60,000 ( for yo middle Class). Other than the plastic cover, which the iPhone lovers never get tired of mentioning, the phone was also criticized for having the same look of Samsung Galaxy S3.

It’s not surprising that a phone like Nokia Lumia 520 would be preferred by many to almost top the list. This is a smartphone with quality look and design, from a recognized brand but that come at a very affordable price point. Given that the phone has features similar to Nokia Lumia 620 but costs Kshs 7,000 less, Kenyans have preferred the Lumia 520 to Lumia 620 by far.

Yes, Tecno phone takes the coveted number one position. The tecno phone has been compared against the Samsung’s top notch phone, the Samsung Galaxy S3. It features a 1GHz dual-core CPU, 1GB of RAM and 4GB of internal memory. What makes the phone a hot cake is the pricing. Comparable to a number of phones retailing at Kshs 60,000 price point, Tecno Phantom A was launched at a mere Kshs. 20,000.  Better still, when compared to other devices that were launched at about the same pricing, including the Samsung Galaxy Ace and Nokia Lumia 620, Tecno Phantom A beats them hands down in specs. For these reasons Tecno Phantom A has remained a hot topic at Kachwanya.com since our article on it – Tecno Phantom A – Great Phone At Amazing Price Point.