An iconic figure in professional wrestling, he worked under the ring name “Superstar” Billy Graham and gained recognition for his tenure as the WWWF Heavyweight Champion in 1977–1978. As an award-winning bodybuilder, he was a training partner and close friend of Arnold Schwarzenegger.

Superstar Billy Graham’s birth name is Eldridge Wayne Coleman.  He was born in Phoenix, Arizona, in the United States of America on June 7, 1943. 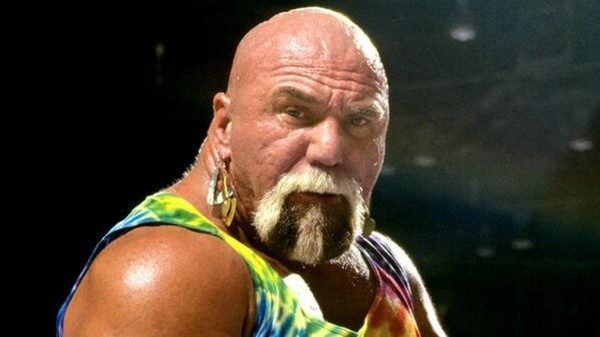 Superstar Billy Graham was married two times in his life. His first marriage was with the first wife who was called Madelin Muliso. The year of their marriage is unfortunately not available with us at the moment. In this marriage of Billy Graham and his wife Madelin, they were able to bare two children. They were blessed to have one daughter and one son.

Billy Graham was blessed with two children from his first marriage with Madelin. Superstar Billy Graham was able to get a daughter as his first child. He named her Capella Graham. She was born in the year 1972.

Superstar Billy was again able to welcome another child, and this time it was a boy. He named him Joey Graham. Joey was born in the year 1975, three years after his elder sister.

In 1961 Coleman was the winner of the West Coast division of the Mr. Teenage America bodybuilding contest (Frank Zane winning in the East Coast division), and his photo appeared soon after in Bob Hoffman’s Strength and Fitness magazine. Coleman began to train intensively in 1968 at Gold’s Gym in Santa Monica, where he worked out with Dave Draper, Franco Columbu and Arnold Schwarzenegger.

At this time he was able to bench press 605 lbs (the world record, held by his friend Pat Casey, was 616 lbs). One of Coleman’s photo shoots with Schwarzenegger was featured that year in Joe Weider’s Muscle Fitness magazine.In 1969, Coleman was encouraged by professional wrestler Bob Lueck to train with Stu Hart for the latter’s Stampede Wrestling promotion.

Superstar Billy Graham trained under Hart in Calgary before debuting on January 16, 1970 in a match with Dan Kroffat. After wrestling briefly under his real name, Coleman traveled back to the United States in May, wrestling for a few months with Dr. Jerry Graham, Brick Darrow, Rick Cahill and Ron Pritchard in Arizona before he and Jerry Graham joined the National Wrestling Alliance’s Los Angeles promotion (run by Mike LeBell) as a tag team the following August. He changed his ring name to Billy Graham, as a tribute to the famous evangelist of the same name.

On October 2, 1972, Graham premiered in Verne Gagne’s American Wrestling Association (AWA) based in Minneapolis, where he took on the moniker “Superstar”. As he toured the north-central states and adjacent areas of Canada, Graham feuded with Gagne, The Crusher, The Bruiser, Wahoo McDaniel, Billy Robinson, Ken Patera, and Ivan Koloff, the latter becoming his tag-team partner. By this time, Graham was integrating into his performances not only arm-wrestling contests but also weightlifting challenges (mainly involving ex-Olympian Ken Patera) and posing routines.

A brief contract with the NWA in Houston, Texas followed from June to August 1976, after which Graham went on his second tour of Japan, this time accompanied by Ivan Koloff. He feuded with Antonio Inoki during this Japanese run. After returning to America, Superstar Billy Graham and Koloff made an unsuccessful attempt to launch their own wrestling promotion in Southern California.

In November 1976, on the invitation of Dusty Rhodes, Graham joined the NWA promotion in Florida, beating Rhodes for the Florida heavyweight title on November 22 at the West Palm Beach Auditorium. His work in this period included occasional visits to St Louis, Missouri, where he took on NWA World Heavyweight ChampionHarley Race.

Superstar Billy Graham received a liver transplant in 2002 from a 26-year-old female donor, who had died in a car crash. Graham’s liver was in the cirrhosis stage at the time of his transplant. Graham was again hospitalized on May 24, 2006, due to a bowel obstruction from an earlier surgery.

In July 2010, Graham was hospitalized due to liver problems. Afterward, he announced that he probably only had one year left to live without another liver transplant. Graham reserved a burial spot at the Green Acres Cemetery in Scottsdale, Arizona, next to Eddie Guerrero. On March 31, 2011, The Phoenix New Times reported that Graham’s doctor, Hector Rodriguez-Luna, acknowledged that Graham’s advanced fibrosis may be early cirrhosis and that he could live for two more years if he took

Interferon a drug to help slow his hepatitis C and stayed in shape. By 2012, Graham was diagnosed with third-stage liver disease and cirrhosis. On January 17, 2013, Graham was hospitalized with double pneumonia and possible heart failure. He was re-hospitalized for a liver complication in October 2014.

On August 2, 2016, Graham was hospitalized while undergoing a medical procedure due to internal bleeding; he underwent the surgery on August 3 to identify the cause of the issues

Superstar Billy Graham has accumulated a decent amount of money from his long-time career. His estimated net worth has not been disclosed it is still under review and will be updated soon.