Andrew Ridgeley, born Andrew John Ridgeley is an English singer, songwriter, and record producer who was born on 26th January 1963 in Windlesham, Surrey, England. Ridgeley is well known for his work in the 1980s as a member of the musical duo Wham! Andrew has unveiled his first book ‘Wham! George Michael and Me A Memoir.’

He studied and graduated from Bushey Meads School.

Andrew was in a relationship with  Keren Woodward but separated for the second time after 27 years. Ridgeley and Woodward were not married. His over a two-decade partner, Keren Woodward, is an English pop singer and songwriter. She also created a British girl group Bananarama, together with Sara Dallin and Siobhan Fahey.

Andrew and Keren initially split in 2015. They soon rekindled the flames of their romance but unfortunately split for the second time in November 2017. The two first met in the late Eighties but only started dating in 1990 after Wham disbanded.

In 1994, the couple moved away from the London scene after Andrew failed to make a success of a solo career. The two lived together for more than two decades in the 15th century Cornish farmhouse.

Andrew is not gay as per the numerous suspicions, he has been in relationships with women. He had a long-time partner Keren Woodward, an English pop singer, and songwriter and founding member of the British girl group Bananarama. Keren and Andrew split in November 2017.

Andrew has no kids. He had a long relationship with Keren Woodward but did not have children with her.

The famous singer has an estimated net worth of $30 million as of 2019.  Ridgeley’s major source of income is his music albums. He is famous for the 1980s for the musical duo Wham.

Here are some interesting facts and body measurements you should know about Ridgeley.

Michael and Ridgeley formed Wham after years of playing in different music groups, the most notable being the Executive! They then approached different record labels with a home-made tape (which took 10 minutes to record in the living room of Ridgeley) and signed with Innervision Records. Following the first album, the band left Innervision and signed with CBS.

Wham! Wham! They were the English pop duo of George Michael and Ridgeley, which was formed in London in 1981. Wham was influenced by funk and soul music and presenting themselves as disaffected youth, and released their first album Fantastic in 1983 addressing the problem of unemployment and teen anxiety about adulthood in the United Kingdom.

Their second studio album Make It Big in 1984 was a pop smash hit worldwide, charting number one in both the United Kingdom and the United States. The singles from the “Wake Me Up Before You Go-Go” album, “Everything She Wants” and “Careless Whisper” all overtook the US Billboard Hot 100 chart.

Andrew Ridgeley Wham! George Michael and Me A Memoir

Ridgeley’s memoir is titled, Wham!: George Michael and Me, a shining affirmation to his status in the pop duo Wham!. Wham soul-tinged songs were some of the MTV era’s most resounding moments.

This is Ridgeley’s first book which looks back on the pop stardom musical era with George Michael. The charming writer makes a vivid painting of the pair first meeting. The book then reminisces the friendship between George and Ridgeley that took them around the world. They bonded while recording and drum set that was in Michael’s bedroom. The pair attended concerts by Queen and Genesis and watched the UK chart show Top of the Pops.

Ridgeley writes with nostalgia how the pair dealt with the first taste of fame. The pair first single was released before either of them turned 20. in June 1986, the duo performed their final show at Wembley Stadium when George had just turned 23 and Ridgeley hit the mark a few months after.

The book focuses on Michael with Ridgeley telling his side of Wham story. It reminds readers of George’s songwriting genius that is often overlooked by pop averse critics and taken for granted by listeners who are satisfied by the fulfilling riches of the eighties. The book is a loving tribute to a friend and an innocent pop era.

Andrew Ridgeley Paperback Version Of Wham!: George Michael and Me is Out

Ridgeley has released the paperback version of WhamGeorgeandme. In his interview, Ridgeley leaves his fans feeling backwards at his revelation of his relationship with George Michael.

accessibility Books Library allowing access to top content, including thousands of titles from a favourite author, plus the ability to read or download a huge selection of books for your pc or smartphone within minutes. 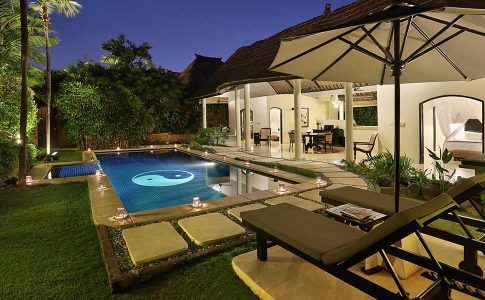 Andrew resides near Wadebridge, Cornwall, England, in restored 15th-century farm property. He shared this property with his former partner Keren Woodward, a member of the group Bananarama.

Who is Andrew Ridgeley?

How old is Andrew Ridgeley?

How tall is Andrew Ridgeley?

Ridgeley’s stands at a height of 1.82 meters.

Who Is Andrew Ridgeley Married to?

How much is Andrew Ridgeley worth?

He has an accomplished singing career with an estimated net worth of $ 30 million. He is best known from the 1980s for the musical duo Wham.

Where does Andrew Ridgeley live?

Ridgeley is still in good health. There have been no reports of him being sick or having any health-related issues.

Is Ridgeley dead or alive?

Ridgeley is still alive and in good health. There have been no reports of him/her being sick or having any health-related issues.

Andrew is not gay as he had an over two-decade partnership with his partner Keren Woodward, an English pop singer and songwriter and founding member of the British girl group Bananarama.

Does Andrew Ridgeley Have Children?

Although Ridgeley had a long time relationship with Keren Woodward for 27 years, he does not have kids.