Jimmy Page was born James Patrick Page OBE in 1944. Page is a songwriter, English musician and record producer. He has international success as the guitarist and founder of the rock band Led Zeppelin.

He began his career in London as a studio session musician and became one of the most sought-after session guitarists alongside Big Jim Sullivan in the mid-1960s. Initially, he was a member of the Yardbirds from 1966 to 1968 before founding Led Zeppelin in late 1968.

He is widely considered as one of the greatest and most influential guitarist of all time with Rolling Stone magazine ranking him number three in their list of the “100 Greatest Guitarists of All Time”. He has also been inducted into the Rock and Roll Hall of Fame twice: in 1992 as a member of the Yardbirds and in 1995 as a member of Led Zeppelin.

This was an English rock band formed in 1968 in London by Jimmy Page. It consisted of guitarist Jimmy Page, singer Robert Plant, bassist and keyboardist John Paul Jones, and drummer John Bonham. The band is cited as one of the progenitors of heavy metal due to its heavy, guitar-driven sound.

He has an impressive guitar collection. Several of the signature model guitars belonging to Page have been created by Gibson. They include models based on the Les Paul which he has played for most of his career and the double-necked EDS-1275. His career on-set guitar was a 59 Telecaster.

The Futurama was his first electric guitar which he bought as a second-hand after realizing that his old Hofner acoustic just wasn’t good enough anymore. Made by a Czechoslovakian company Drevokov located in the city of Blatná, who named it Grazioso for the home market and Futurama for foreign markets, featured sunburst finish, three single-coil pickups with individual switches below them, and a maple neck with dot inlays.

Jimmy received this guitar from Jeff Beck in 1966 as a gift. It was his main instrument as the lead guitarist with the Yardbirds. He is responsible for remodelling the guitars’ look which is a yellowish finish, and red and black dragon decal. This remodelling also included adding a metal/mirror pickguard.

He, however, replaced the Tele with his Number One, 1959 Gibson Les Paul in 1969 – but picked it up again to record the solo on “Stairway to Heaven”.

He bought this guitar in the early 1960s and used it as his main instrument during his session workdays. It was however stolen in April 1970 during a US tour with Led Zeppelin. It was equipped with three PAF (Patent Applied For) pickups designed by Seth Lover in 1955, a Bigsby tremolo, and Grover Rotomatics tuners.

He bought this guitar in the mid-60s for use in his early studio work with the Yardbirds and later on used it with Zeppelin. After the release of Physical Graffiti in 1975, he started using the guitar on “Kashmir” – which is probably the song this guitar is mostly known for. Made in 1961, it features a black finish on a semi-hollow body with a poplar centre and a masonite top, back, and sides. I have two Lipstick single-coil pickups with Alnico magnets, and it was equipped with Quan Badass Bridge sometime in the 80s.

It is also known as the “Holy Grail” of the Les Pauls and widely known as the Page’s Number One guitar. It’s still unknown what year model the guitar is. Due to the sanding of the neck, and the fact that none of the pickups is original, the serial number on the guitar is no longer present. But most people agree that this Les Paul is probably late 1959, or early 1960.

This guitar was bought in England after the 1973 U.S. tour but was first used on January 1975, when it was brought along on the tour as a backup for the Number One.
Jimmy had this guitar tuned to DADGAD and played “Kashmir” on it. Sometimes, it was also used for “Dazed and Confused” – when Jimmy played with a violin bow, “Moby Dick”, and “Over the Hills and Far Away”.
He wanted this guitar to feel and sound as his Number One, so the neck was shaved and sanded down to replicate the neck profile on Number One, and the Kluson tuners were replaced with Grovers.
It had switches for series/parallel and phase switching. Four push-pulls were also installed to add the ability of coil-splitting each pickup and the option of putting all four coils in parallel. Engineer Steve Hoyland did all the wiring mods.

It was first seen on stage around 1970 but till this day details about this particular Les Paul remain unknown for the most part. It was used briefly in 1970 as a backup for Jimmy’s main Les Paul, re-appearing in 1973 and got more stage time, and then it was put away again in 1975 when Page started using his Number Two 59′ Les Paul as a spare instead. He installed a B-Bender in it in the mid-80s, and started using the guitar again more extensively.

This was used by Jimmy in the studio to record “Living Loving Maid”, “Stairway to Heaven”, and later on “The Song Remains The Same”. The guitar was a purpose-built 12-string with individual saddles for each string. It had a Jazzmaster-shaped alder body, rosewood neck with “hockey-stick” headstock, and two split single-coil pickups.

Made famous for its use on “Stairway To Heaven”, the guitar features double-neck design – having both a six-string and a twelve-string neck, and therefore allowing Jimmy to avoid switching guitars mid-song. He basically used the bottom neck for the intro and solo, while playing the verses on the twelve-string neck.

It was custom-made for Page since the model was no longer in production when he requested it from Gibson, with this resulting in few differences over the stock model. Notably, a slightly different body shape, and a one-piece mahogany neck instead of the three-piece maple.

The guitar features a black finish with a white pickguard, three single-coil pickups, and a Bigsby tremolo and was used during the recording of the Yardbirds album “Little Games” and with the Zeppelin on “Livin’ Lovin’ Maid”.

Page and Robert Plant were bandmates in Led Zeppelin rock band. They both toured and recorded in the mid-1990s under the title Page and Plant. Jimmy and Robert re-united in 1994, recorded a highly successful first album and embarked on a world tour, then recorded a second album which was followed by another world tour but disbanded at the end of 1998. They briefly reunited in 2001.

The musician is currently not on any tour. In fact, his last tour concert was in the year 2000.

Page was born on January 9, 1944, in the West London suburb of Heston, United Kingdom. He celebrates his birthday on January 9th every year.

Page is the son to James Patrick Page and Patricia Elizabeth Gaffikin. His father was an industrial personnel manager and his mother, who was of Irish descent, was a doctor’s secretary. In 1952, his family moved to Feltham and later to Miles Road, Epsom in Surrey where Page had his first encounter with his first guitar.

Page has married twice. First, in 1986, to a model named Patricia Ecker with whom he has a son: James Patrick Page III. The couple however divorced in 1995. He again got married in 1995 to Jimena Gómez-Paratcha but also got divorced in 2008. The two have three children together: Zofia Jade, Ashen Josan and Jana Page.

Jimmy has a much younger girlfriend by the name Scarlett Sabet. The two have been dating for some time, making their first public appearance at a Pink Floyd exhibition in London. She is 29 years old as of 2020 and the couple is seen still going strong.

Jimmy has a son with his first wife, Patricia Ecker. His son is James Patrick Page III. He has three chidren with his second wife, Jimena Gómez-Paratcha, namely Zofia Jade, Ashen Josan and Jana Page. He also has another daughter: Scarlet Page, who is also the daughter of Charlotte Martin, a French model.

Page has a net worth of $170 Million achieved from his successful career with high-selling albums to his name.

The award-winning songwriter, English musician and record producer, Page, has an estimated net worth of $170 million which he has earned through his successful career as an English musician. 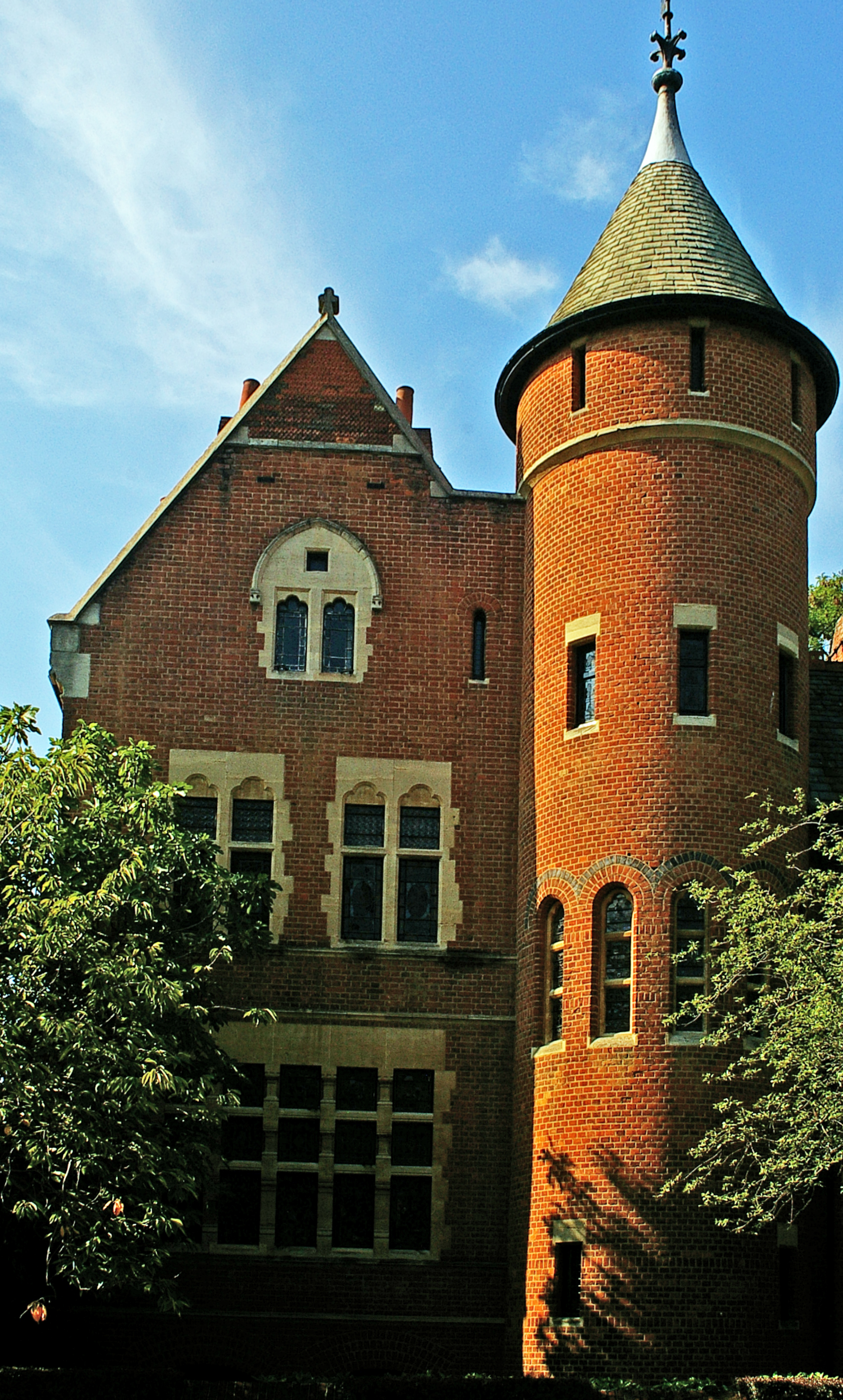 Page is one of United Kingdom best known and best-loved English musician, songwriter and producer.

How old is Page?

How tall is Page?

Page was married to his lovely wives Patricia Ecker and Jimena Gómez-Paratcha. He is currently dating Scarlett Sabet.

How much is Page worth?

Page has an accomplished musician career with an estimated net worth of $ 170 million.

Where does Page live?

Page live in his Tower House in Kensington, London.

Is Page dead or alive?

Page is still alive and in good health.

Where is Page now?

What happened to Page?

Page started declining in his career from 1977 due to heroin addiction and alcoholism.