Milan Harris (Johnika Harris) is a well-established American fashion designer, former hairstylist, blogger, and Entrepreneur. She also rose to mass recognition for being Meek Mill’s girlfriend. In recent reports, She is said to be pregnant with the rapper’s child.

Our efforts to find out more about Milan’s family came to no avail as no such information is publicly available. Thus, the identity of her parents is still unclear. It is also not known if she has any siblings.

Milan and Meek Mill have been romantically linked for the past year, but neither publicly confirmed they were an item. Speculation continued when the pair were seen enjoying a romantic tropical getaway in Oct. 2019, but Meek didn’t confirm she was “his girl” until he engaged in a heated Twitter feud with ex Nicki Minaj.

Milan was thrust into the limelight after bitter exes Nicki Minaj and Meek Mill got into a heated Twitter feud on Feb. 5th, 2020 Though the couple has since moved on  Nicki married her high school sweetheart Kenneth Petty and Meek is in a relationship with Milan.

There’s evidently still bad blood between them. In one of Nicki’s tweets, she implied that fashion designer Milan is “embarrassed” by Meek, leading the rapper to finally confirm that the 30-year-old entrepreneur is, in fact, his “girl” and pregnant.

“My girl is with me pregnant watching me tweet about my ex is very clownish … Ima exit,” Meek posted. Milan confirmed her pregnancy late last year at her annual Milano Di Rouge fashion show. Just days ago, Meek commented with several trophy emojis on a sultry photo Milan posted in a fitted black dress!

The Insta-ready streetwear brand has legions of celebrity fans including her boo, Meek Mill, along with Cardi B and Chris Brown. The unisex label was a spinoff of Milan’s popular blog and continues the website’s motivational theme. Online, the brand describes itself as an “apparel brand that focuses on providing affordable luxury to the fashion enthusiast.” The company also added that it’s “it’s never too late to follow your dreams.” 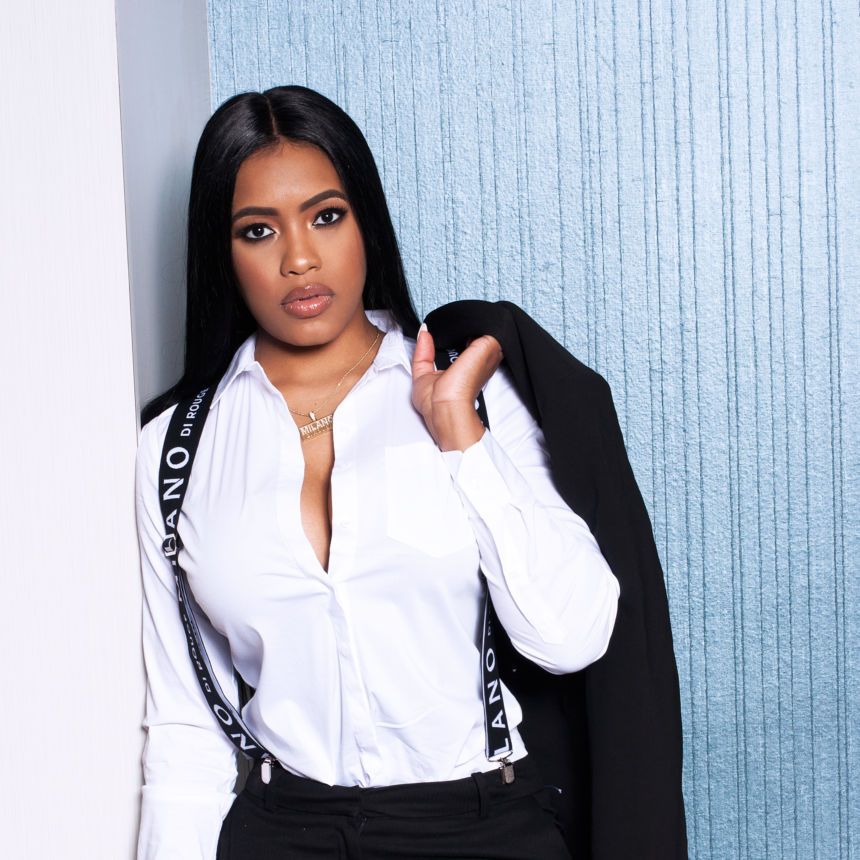 The fashion mogul was embroiled in an online battle with the Swedish fast-fashion retailer in 2018 after they sold shirts that looked like her signature Milano Di Rouge “Dlano” button-down. While her version sells for $78.00 online, H&M’s copycat version was only $14.99.

“When you purchase a bottle of Hennessy for $300.00+ at your favorite club, you do not stop the purchase because a liquor store may sell the same bottle for $30, nor do you accuse the club or promoter of ‘trying to scam you,’”

Milan posted in an emotional statement on Instagram. “You support these businesses in exchange for the great food and great experience (the ambiance) that they provide! You understand the business behind the pricing and buy into the atmosphere,” she continued.

She has no doubt amassed a huge fortune with the bulk of her wealth comes from her career. Despite her obvious riches, She prefers to lead a modest lifestyle. However, the specifics about her assets and liabilities are still under review making it difficult to establish her actual net worth. Her beau Meek Mill has an outstanding net worth of  15 million dollars as of 2020.

Who is Milan Harris?

Milan Harris (Johnika Harris) is a well-established American fashion designer, former hairstylist, blogger, and Entrepreneur. She also rose to mass recognition for being Meek Mill’s girlfriend. In recent reports, She is said to be pregnant with the rapper’s child.

How old is Milan Harris?

How tall is Milan Harris?

Milan stands at a height of 5 feet 6 inches.

She is in a relationship with rapper Meek Mill.

How much is Milan Harris worth?

Where does Milan Harris live?

Because of security reasons, She has not shared his precise location of residence. We will immediately update this information if we get the location and images of her house.

Is Milan Harris dead or alive?

Where is Milan now?

She is a well-Established fashion designer in the USA.