Erykah Badu is a professional American singer and songwriter born and raised in Dallas, Texas, USA. she was exposed to the arts early on and eventually began to perform in shows at the local Dallas theatre center in 1996. In 2020, she recently announced that she will be releasing incense that smells like her own Vagina.

Erykah stands at a height of 5 feet and 1 inch.

Erykah grew up in Dallas, Texas, her mother raised her, her brother Eevin and her sister Nayrok alone after separating from their father William Wright Jr.

In 1993 she started her career as a music teacher in Dallas. To accelerate her income she also worked as a waitress in different eateries. She also formed a hip hop duo with her cousin Robert Free Bradford calling the duo ‘Erykah Free’ and later started going on musical tours, earning local opening slots, cutting a nineteen-son demo called ‘County Cousins’.

Eryka’s big come up came when she opened the stage for D’Angelo in 1994 and caught the attention of music producer Kedar Massenburg who set her up to record a duet with D’Angelo called “Your Precious Love” In 1995 she then signed a contract with Kedar Entertainment and moved on to Brooklyn.

She made her debut with “on and on” in 1996 which remained at the number one position on the U.S. billboard hot R&B/Hip Hop songs for two weeks and subsequently reaching the same position on UK singles chart. In 1996, Erykah also recorded her debut album, ‘Baduizm’. Released on February 11, 1997, by Kedar Records,

She released her next album “Live” which was life on November 18, 1997, barely just a month after the release of its lead single ‘Tyrone’. After its release, she took some time off to raise her child, returning in 1999 to collaborate with The Roots, a distinguished hip-hop group.

She created the song ‘You Got Me’ and became a member of Soulquarians. In 1999, she also began working on her second studio album, ‘Mama’s Gun’. This was also the year when she debuted in films, appearing in ‘The Cider House Rules’ as Rose Rose.

In 2003, Erykah Badu collaborated with Common (Lonnie Rashid Lynn, Jr.) to produce ‘Love of My Life (An Ode to Hip-Hop)’, a single. It occupied the number one position on the Hot R&B/Hip-Hop Singles & Tracks chart for four weeks and also reached number 9 position on the Billboard Hot 100 chart.

In 2005, she launched her own music label, ‘Control FreaQ Records’ so that artists could enjoy creative freedom. On February 26, 2008, Erykah Badu had her fourth studio album, ‘New Amerykah Part One’ released. In 2008, she also went on her ‘Vortex Tour’, starting it on May 4 from Detroit.

On March 30, 2010, she released her fifth studio album, ‘New Amerykah Part Two’. In May 2013, she announced that she was working on a new album. By July 2014, she completed recording a few songs in Africa, “laying down drum track”, eventually releasing her sixth studio album, ‘But You Caint Use My Phone’, on November 27, 2015.

Badu’s last film, ‘The Land’, in which she appeared as Turquoise was released in 2016. Concurrently, she also appeared in fashion shows, making her debut in the New York Fashion Week in the same year. Earlier in 2008, she became the face of Tom Ford’s White Patchouli fragrance. 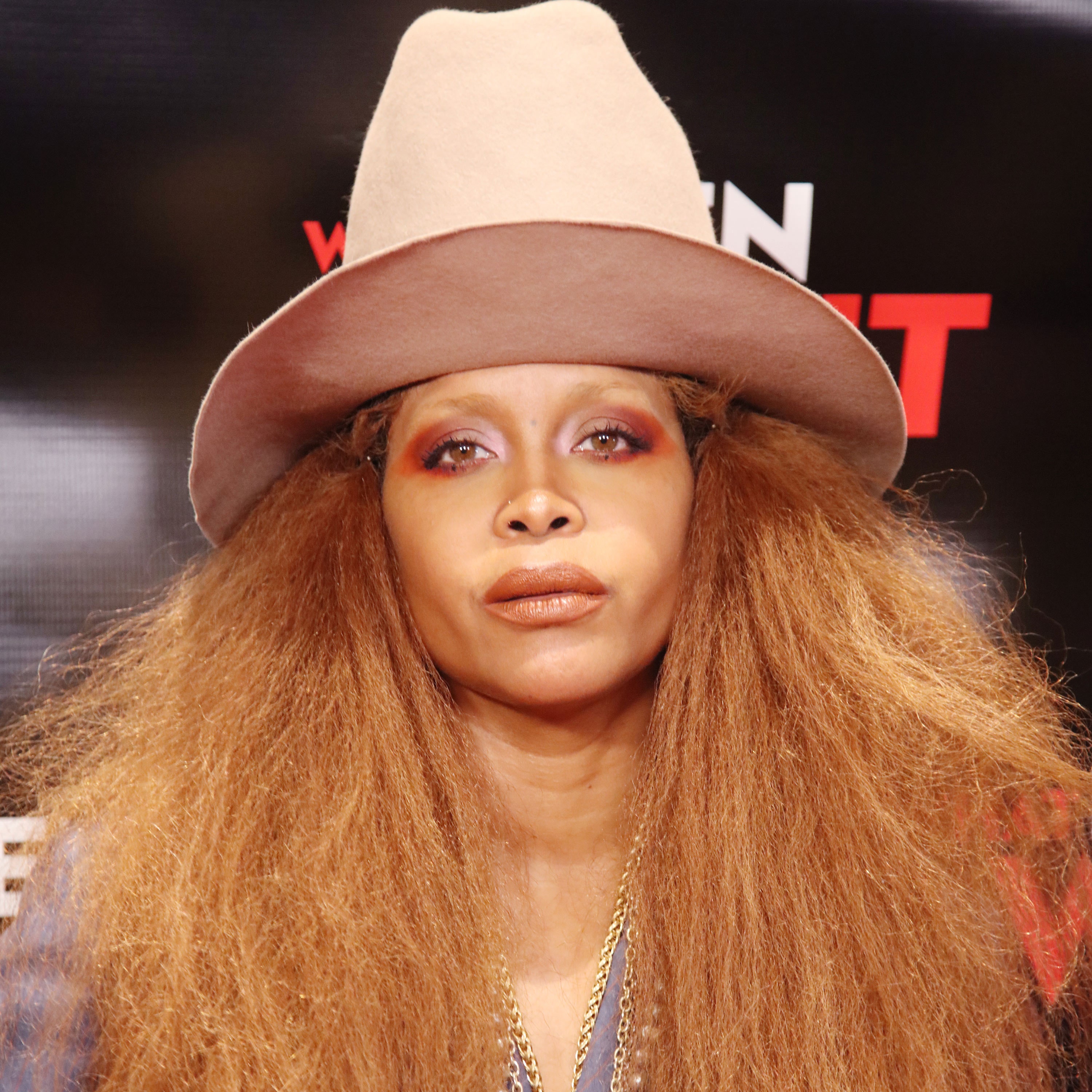 Erykah Badu is a single mother with three children. In 1995, she partnered with André 3000 of OutKast and had her first child, Seven Sirius Benjamin (born in 1997), with him. The relationship ended sometime in 1999. In 2000, she started another relationship with Lonnie Rashid Lynn Jr (stage name common). It ended in 2002.
Thereafter, she started dating West Coast rapper Tracy Lynn Curry (stage name The D.O.C) and gave birth to their daughter, Puma Sabti Curry, in 2004. In 2009, she gave birth to her third child, a daughter named Mars Merkaba Thedford, fathered by Timothy Elpadaro Thedford (stage name Jay Electronica). They remained together for five years before going on their separate ways.

Erykah has an estimated net worth of 12 million dollars as of 2019. She has earned her net worth through her hit recordings, as well as her many acting roles in films and her television appearances.

The R&B legend u has announced that she’s releasing incense, called “Badu’s P—y,” that smells like her vagina on her own soon-to-launch online store. The Badu incense is the second vagina-scented product to make headlines this year after Gwyneth Paltrow’s $75 “This Smells Like My Vagina” candle quickly sold out on her website, Goop.

The four-time Grammy winner tells 10 magazines that the scent which she described as praising her “superpower” will be sold on her online store, Badu World Market, which is expected to open Feb. 20.

The “On & On” singer said the perfume was created by burning her old panties — because she no longer wears them and prefers to go commando. “I took lots of pairs of my panties, cut them up into little pieces and burned them,” Badu told 10 magazine. “Even the ash is part of it.”

Who is Erykah Badu?

Erykah Badu is a professional American singer and songwriter born and raised in Dallas, Texas, USA. she was exposed to the arts early on and eventually began to perform in shows at the local Dallas theatre center in 1996.

How old is Erykah Badu?

How tall is Erykah Badu?

Erykah stands at a height of 5 feet and 1 inch.

Erykah Badu is a single mother with three children. In 1995, she partnered with André 3000 of OutKast and had her first child, Seven Sirius Benjamin (born in 1997), with him. The relationship ended sometime in 1999. In 2000, she started another relationship with Lonnie Rashid Lynn Jr (stage name common). It ended in 2002. Thereafter, she started dating West Coast rapper, Tracy Lynn Curry.

How much is Erykah Badu worth?

Xy has an approximate net worth of $12 million. This amount has been accrued from her leading roles in the entertainment industry.

Where does Erykah Badu live?

Because of security reasons, She has not shared his precise location of residence. We will immediately update this information if we get the location and images of her house.

Is Erykah Badu dead or alive?

Where is Erykah Badu now?

She is currently a successful singer in the USA.

That’s my guy. He fought to live with all his might… See me and @realtracymorgan & @tarajiphenson in @whatmenwant #whatmenwantmovie in theaters 2/8